We’re on the road again. Caroline and I are travelling up through France to spend some time in the UK. We’ve bought an old beat up house near Montpellier in France, a lot of our time is spent doing it up. In it we’ve both found a new passion, giving something a new lease of life. It’s a super nice feeling of creativity, it’s so big we’ve built a climbing wall in the gym where we practice a couple of hours a day.

Caroline and I are both pro climbers, we try spend as much time as possible figuring out how we can scale vertical or more than vertical slabs of rock!

We’re on route to the UK, a journey we probably make 3 times a year. This time we’re heading back to train. Caroline has got a tough challenge this summer, taking on the beast that is the Voie Petit, up on the Grand Capucin. A massive granite pillar starting at about 3400m, stretching for about 500m, close to the summit of Mont Blanc in the French Alps.

For someone raised in tropical La Reunion, up until now snow and the cold are the things Caroline has avoided! Yet for this climb she’ll need an ice axe just to get over the snowy glacier to reach the tough 500m vertical stretch of granite wall.

Caroline stopped competing 3 years ago after she won a round of  the Sport Climbing World Cup and since has been lacking a real long term goal. Climbing Grand Capucin is technically very tough and the cold puts Caroline out of her comfort zone.

It’s going to be a huge challenge for her, but I’m sure she’s got what it takes. I’ll be there with her, for support, but Caroline’s taking on the climbing alone, leading each and every one of the 15 demanding pitches.

I’m from the UK in the Peak District. My parents taught me a love for the outdoors with long family walks at the weekend. But I didn’t start “real” climbing until I was quite old, around 15 or 16. Each week I’d see climbers heading into the mountains near us and I’d want to go with them, but it used to be pretty difficult for kids to get into climbing – the general public all think climbing is crazy!

Still, I loved to climb, and I remember this time we were having work done on our house, there was scaffolding all around the building. I treated it like my own personal climbing playground. My parents would get calls from the neighbours telling them I was going to kill myself but my parents mostly left me too it, knowing they probably couldn’t stop me anyway!

Eventually I made some new friends, and one evening after school I went out to climb with their father, as soon as I tried it I knew it was for me. For the next couple of years I’d spend a lot of time climbing around the UK. Climbing in the UK is different to climbing most other places around the world. Here in the UK it’s less professional, more of a lifestyle than a sport.

The climbs in France have permanent bolts in the walls so climbers only need to worry about clipping in as they ascend. This style is called ‘Sport’ climbing.

I’m from a Trad (short for traditional) climbing background. We only secure to the wall where we can place small pieces of safety equipment into existing holes on the rock face. If there are no natural holes you simply cant place any protection – better not to fall!

Where France is technical and physical, the UK climbing is more risky and mental. I shudder thinking of some of the risks I took as a kid!

By about 20 I was a pro climber and spent the next couple of years developing my skills in the UK. In 2009 when I was 23 I was good but felt I had gone as far as my natural talent was going to take me. To reach the next level I needed to do something new, so I moved to Innsbruck in Austria; a mecca for climbing and competitions, to focus on training.

Climbing is probably considered part of the extreme sports ‘group’, but it’s actually quite a structured sport. Base jumping, skiing and other mountain sports have a lot of adrenalin, but with climbing you’re always focused, planning your next moves, and the only time you feel adrenalin is when something is going wrong!

Unfortunately Innsbruck had a lot of other distractions. I found I enjoyed the adrenaline rush from skiing and I was young and didn’t pay attention to my climbing skills. I lost my physical levels and my climbing ability slipped further and further away. As my climbing wasn’t at the level I wanted it to be at, at one point I even considered calling it a day, moving on to whatever the next stage of my life held.

Luckily around that time I went climbing to Antalya in Turkey with some friends.  I’d just come to the end of a long relationship, and so my focus was even less on climbing than before. It was the first time I met Caroline, and at the end of the first day, she called me a pig, and asked how anyone could live like that?  Regardless of all that, we began to spend more and more time climbing together.

Even though Caroline was recovering from a broken tendon in her finger and hadn’t climbed for 3 months, I was in such bad shape I was falling off climbs she was using as warm ups! Rather than take this badly, climbing with Caroline really motivated me and all I could think about was improving in the future – watching her climb was inspiring.

Over that short time in Turkey, Caroline saw enough in me that we kept in touch and over time we started to see more of each other until we started a relationship.

My life was pretty easy at that time, I was sponsored by North Face living easy and unchallenged in Innsbruck. Caroline was listening to me moan all the time about not being good enough or able to improve my skills. She said it was because I was just playing around and not really training properly.

Caroline’s competition climbing background is different to mine, the competition discipline requiring more focused training. Caroline offered to help me train telling me 3 things. It’s going to be boring, it’s going to be hard work but it will work!

After 6 months I saw massive benefits, I was a completely different climber. In addition to the expected physical gains, my mental approach to the sport had also changed, instead of looking for cheats and easy ways up a route, I was more slick and focused. Because of the physical training, even when I was at the crux of the climb I knew there was always something left in the tank.

Despite the obvious differences, Caroline made the transition to Trad with relative ease, and quickly became one of the best female Trad climbers in the World.

We’ve spent the last couple of years going to all these amazing places like South Africa and the Philippines. Our aim is usually the same; to open up new climbing routes, either scaling something that’s not be done before or finding new routes up previously climbed walls.

There’s something amazing about being the only two people out there at the cliff, just you and the rock. Trying to find your way up the top.

We’ve just returned from Cederberg outside of Cape Town in South Africa. We’d got a tip of from friends about some new routes. It’s a beautiful place, we spent a couple of weeks touring in comfortable cars thanks to sponsorship by Jeep.

We were in Spain recently, Pedraza National Park outside of Madrid. As some birds nest in cliffs there are often restrictions when you can climb. In Pedraza though we’d these big vultures swop around us as we climbed, a pretty amazing sight.

Caroline has got Asian routes so recently went to Thailand and Laos to climb. One of the best things about what we do is when we go to foreign lands our sport takes us off the beaten track. You’re going off the tourist routes, meeting people who’ve no preconceptions of visitors.

While there we heard of a climb created by Austrians in Malaysia and asked some local folk about it, how to get there and where to stay. We were told to knock on the door of the family opposite the climb and they’d put us up.

When we got there we were a little taken back, it was literally someone’s home! But they were so amazing. We’d eat with the family twice a day, sleep in their home. They even took us to the local markets and temple, places tourist don’t usually get to see.

Travelling like this probably motivates us more than the climbing, we use climbing as a way to see the world.

Neither of us have ever been city people, we’ve got the open country in our hearts. Just the two of us and a rock, that’s my happy.

Keep in touch with James and Caroline’s climbing at http://www.onceuponaclimb.co.uk 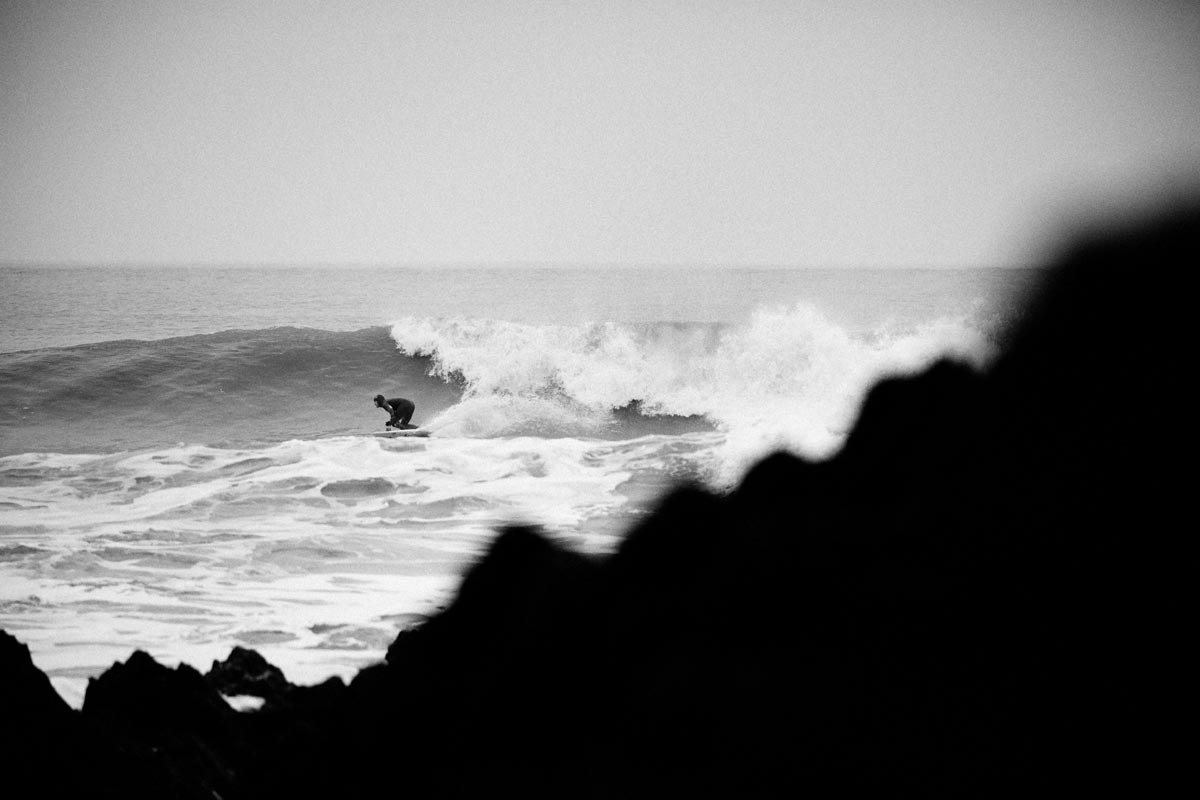 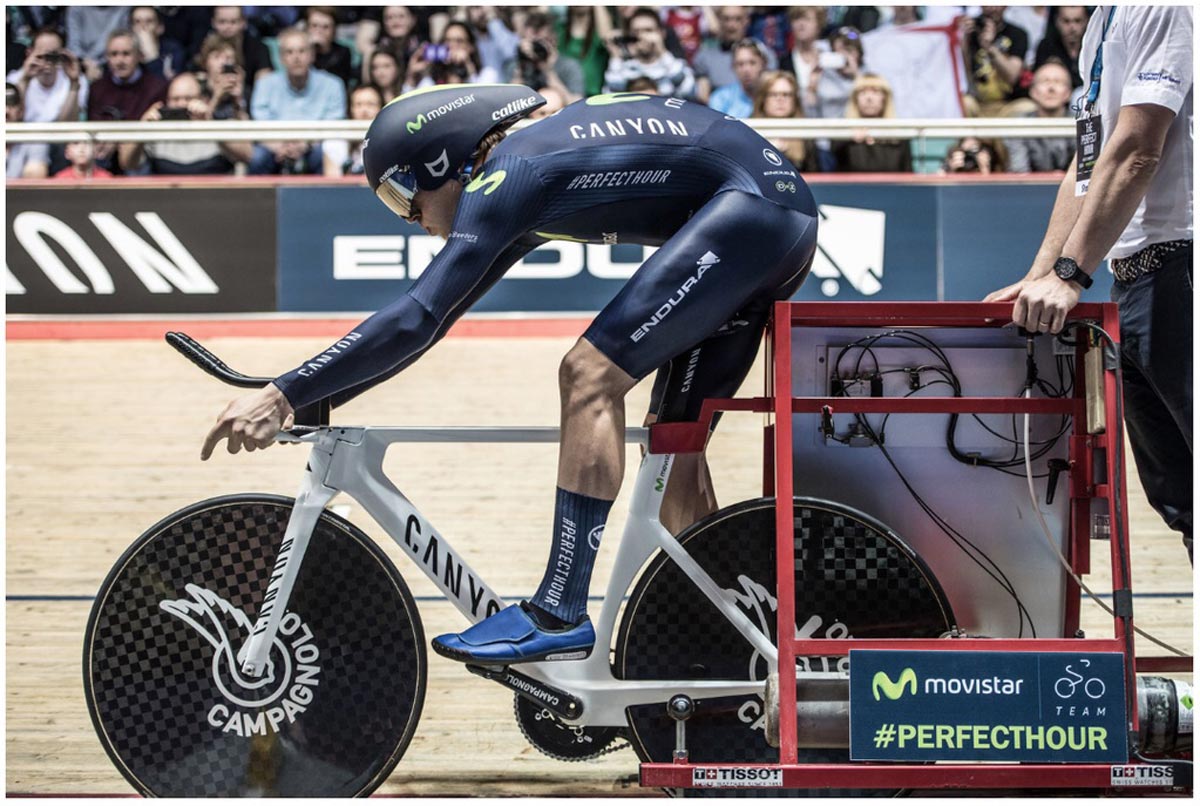